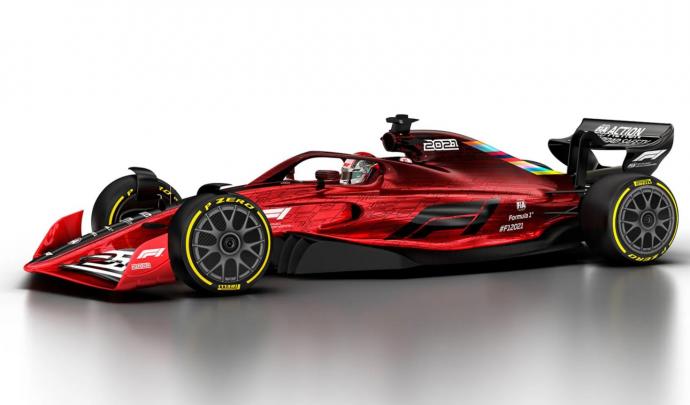 Adam Breeden, the pioneer of competitive socialising in the UK and entrepreneurial force behind some of the sector’s most successful concepts, has announced plans for his most ambitious and exciting project yet – an immersive, state of the art F1® racing simulation experience, gamified for a mass audience, in a unique global licence agreement with Formula 1®.

Formula 1’s commitment to the partnership is reflected in the fact that the global sporting brand has chosen to take a meaningful equity position in the new company. Through the exclusive, long-term partnership, as many as 30 venues will be rolled out worldwide in the next five years, and Kindred Concepts have agreed a conditional lease with Landsec to launch the new concept at One New Change, the premier retail and leisure destination in the City of London, in Q4 2022.

Kindred Concepts, a new company founded by Adam Breeden, co-founder of Puttshack, Flight Club, Bounce, All Star Lanes and Hijingo, and backed by leisure and entertainment sector investor Imbiba, together with Formula 1®, will operate the new concept, taking competitive socialising to the next level with a premium offering promising best-in-class hospitality and design.

Fusing racing and gaming, with the fun of competitive socialising, and the glamour and spirit of F1®, the concept will cater to a wide range of groups and occasions, from fun-filled nights out, to family experiences, corporate events and everything in between, boasting an impressive feature bar with an extensive offering, surrounded by dining and drinks areas with elevated food menus.

Adam Breeden, Founder and Chief Executive Officer of Kindred Concepts, said: “When people come to one of our venues, we have to wow them, and this new concept is going to take people’s breath away. With our knowledge of creating best-in-class concepts and operations, and the strength of the Formula One brand, we are going to break barriers in competitive socialising, marrying cutting edge technology, a premium F&B offering, and a visually stimulating setting, with the unrivalled glamour and excitement of F1, to create an unforgettable, adrenaline-fuelled experience.”

Ben Pincus, Director of Commercial Partnerships, Formula 1®, said: “We’re thrilled to partner with best-in-class operators on this global opportunity, which will create an incredible entertainment experience for a worldwide audience, and a go-to hospitality venue for Formula 1 fans and non-fans alike. The racing simulators will bring to life the experience of driving a Formula 1 car in a high-octane, stylish and fun environment, giving more people the opportunity to enjoy and get closer to the world of F1.”

Dmitry Kozko, CEO, Motorsport Games, said: “We’re honoured to work with Kindred Concepts and Formula 1 to help successfully launch this cutting-edge gaming experience. Motorsport Games prides itself on the authenticity and realism brought to each of our games and the simulators at this venue will be no different. We look forward to each guest getting a true to life feel of driving a Formula 1 car in these state-of-the-art simulators in this unique setting.”

For the site at One New Change, up to sixty bespoke, cutting-edge motion racing simulators are being designed by a leading simulator design company, in collaboration with F1®. Guests will choose from a variety of racing modes to compete against each other individually, in team-based groups or as part of all-venue racing formats, with different car modes for all ages and abilities making it competitive and exciting for all who race, regardless of skill. The venue will also provide enhanced experiences on Grands Prix weekends.

Marcus Geddes, Managing Director – Central London at Landsec, said: “The growing popularity of leisure across our retail destinations is driven by unique, one-of-a-kind experiences that can’t be had anywhere else – and this world-first with Formula 1 goes above and beyond. The scale of this exciting new concept is a valuable addition to the City and its surrounding communities, and will provide guests at One New Change with an unforgettable day or night out.”

Kindred Concepts aims to roll out at pace from launch, with a mixture of owned and operated venues, joint ventures, and franchise partnerships. Target locations include the UK, the US, key western European Cities, the Middle East and Asia.

The new concept will be operated by Kindred Concepts, a new venture formed of a senior team that comprises many of Breeden’s long-term business partners, including Diane Jervis, Chief Development Officer.

Further information about the launch of the concept at One New Change will be revealed later this year.